Drop by our booth and browse the latest titles in Education and Psychology! ERAS-SELF Conference, Singapore pic.twitter.com/mrQO3kjHnq 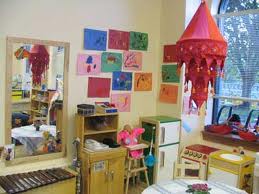 Kindergarten Can Be Great Fun

During the mid-1800s Friedrich Wilhelm Froebel created the first kindergarten program in Germany. Opened in 1837 this unique environment for children ages 4-6 focused on the crucial nature of play, games and toys for the development of children in the intellectual, spiritual and social spheres. This new methodology was inspired by Froebel’s study of Comenius. Just as folding tables are like a transition between permanent tables and portable, so to Froebel’s Kindergarten was meant to be a transition from home to school, infancy to childhood. Just like a garden is a place to nurture plants and flowers, so to this new ‘kindergarten’ literally “children’s garden” would be a place to nurture children.

In Froebel’s educational philosophy he recognizes three forms of learning:

A kindergarten curriculum could consist of a variety of “occupations” such as molding, folding, beading, threading, and embroidery. In addition activities such as singing, games, plays, and stories were also used to encourage the learning process. Froebel insisted that learning begin with the concrete and move on to the more abstract. In his view perception came before abstract thinking skills.

Kindergartens have come under attack for being too rigid and structured than what is healthy for young children.

“Progressive educators expressed the concern that kindergarten practices were rigid and didn’t reflect their ideas about how children develop and learn. They challenged supporters of Froebel’s approach. By 1920, the progressive approach had achieved dominance. The reformed kindergarten curriculum reflected many of Froebel’s original ideas but added a new emphasis on free play, social interaction, art, music, nature study, and excursions. New unstructured materials, including large blocks and doll houses, encouraged children’s imaginative play. Books and songs reflected children’s interests, rather than conveying a religious message, and activities were inspired by events in the children’s daily lives.” (Feeny, Moravcik, Nolte, Christensen 2010)